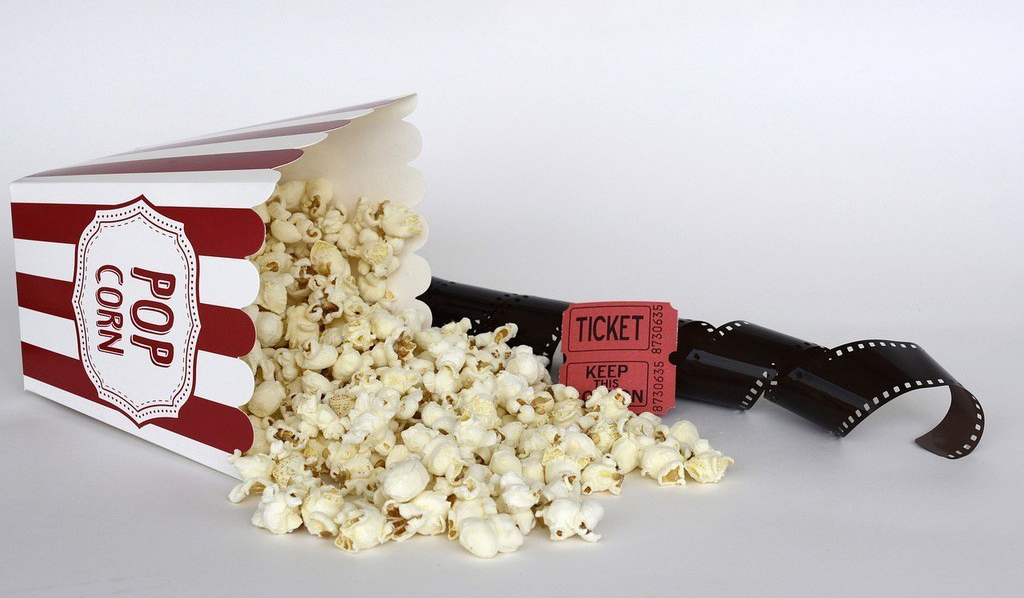 Do you have a little extra downtime for catching up on movies? Whether you want a movie that will make you laugh, cry, think, or a combination of all three, you’ll find swimming movies you’ll love in this collection.

This film takes place in 1974, where Jim Ellis, a college-educated, former competitive swimmer, struggling to find employment. Ellis, while working on a run-down swimming pool discovers a group of African-American teenage boys have a talent for swimming. He forms the city’s first all African American competitive swimming team, and trains the boys not only to swim, but to face the struggles of their lives as well. To learn more about Jim Ellis, read about him in the International Swimming Hall of Fame.

Anthony (Tony) Fingleton was abused physically and emotionally by his father. Tony and his siblings find solace in swimming. Once his father sees he has talent, he decides to train Tony. At first Tony swims to make his father proud, but he eventually sees it as a way to escape his life of poverty and abuse in Brisbane.

In this film, Ned Merrill, a wealthy man in advertising notices how many pools there are in his upscale suburb while visiting a friend. He makes his way home by traveling from swimming pool to swimming pool. However, viewers discover more about Merrill as he faces various failures and experiences from his past.

On a Clear Day

In this sober film featuring the English Channel, Peter Mullan stars in this Scottish drama as Frank Redmond, a recently laid-off man who spirals into a deep depression. With the support of his friends, he decides to bring focus and purpose back into his life by attempting to swim the English Channel.

Esther Williams stars as real-life influential Australian swimmer Annette Kellerman in this musical romantic drama. Annette used swimming to strengthen herself and recover from her childhood polio. This love of swimming paired with her passion for dance led her to pioneer synchronized swimming.

This New Zealand film follows Alex Archer, a teen with a dream of competing in the 1960 Rome Olympics in the women’s 100m freestyle event. Unfortunately, her life does not allow her to focus solely on swimming like other top competitors. Without the support of her family, she has to juggle school, piano, ballet, personal tragedy and more.

Esther Williams plays Katie Higgins, a sweet daughter of a dairy farmer in this musical comedy. Katie enters a contest to become the first person to ever swim across the English Channel. The movie features a love triangle, charming music, dancing, and even the lovable cat-and-mouse duo Tom and Jerry.

After being saved by a mermaid as a small boy, a young Tom Hanks unknowingly falls in love with the same mermaid 20 years later when she seeks him out in disguise in New York City. The pair faces the challenges of secrets love, secrets, and a scientist determined to prove the existence of mermaids.

Ben Randall is the top rescue swimmer/diver in the US Coast Guard AST rescue team. After tragedy strikes, he becomes an instructor at the Coast Guard training school. High school swim champion Jake Fischer enrolls in the program despite invitations to swim at Ivy League universities. His arrogance causes him to butt heads with Randall as he goes through the program. The characters teach each other about loss, sacrifice, and the resiliency of the human spirit.

How much do people actually know about the life of a professional swimmer outside of the pool? Probably not a lot outside of newspaper headlines. Unfiltered follows the lives of two elite, rival athletes – Michael Phelps and Ian Crocker. Phelps is known to be the greatest swimmer of all time, dominating every single race. However, he has not always won every single major race. Along this path of domination, Phelps encounters a loss in the 100 butterfly to Crocker at the 2003 World Championships, taking his record and title from him. To fight back, Phelps ends up taking gold at the 2004 Olympic Games in Athens, battling for his top spot all the way through.

While their swimming careers shined in the spotlight, these men had to deal with their own demons outside of the pool. After each race and practice, both swimmers must go home to live a “normal” lives outside of the comfort of the water. Unfiltered shows how both swimmers live similar lives to everyone else: Phelps attending school at the University of Michigan and Crocker playing guitar back in Austin, Texas. The movie also opens a door to the darker issues which these big-time celebrities can face. Shortly after the races in Athens, Phelps is charged with DUI, and viewers see how Crocker faces clinical depression. Both swimmers continue their learning process about the world of fame and success as they prepare for the 2005 World Championships. Trailer

Doping, injustice and open water – who needs more? Argentinian movie about swimming will be a perfect choice for an exciting evening!

Family friendly and very motivating documentary about the Missy Franklin story and her rise to the highest level of competitive swimming! Must see.

Well here’s something we can all relate to – choosing a swimming career or a hot man you had a date with? Either way – there are consequences!

We love a good swimming challenge but not as much as this guy. A drama about a man who wants to swim the length of Hudson River is something you might want to see.

SWIM TEAM chronicles the overwhelming struggles and extraordinary triumphs of 3 young athletes with autism and shows how a swim team can bring hope to a community.

A man who is suffering a mid-life crisis finds new meaning in his life as part of an all-male, middle-aged, amateur synchronised swimming team.

A group of 40-something guys, all on the verge of a mid-life crisis, decide to form their local pool’s first ever synchronized swimming team – for men. Braving the skepticism and ridicule of those around them, and trained by a fallen champion trying to pull herself together, the group set out an unlikely adventure, and on the way will rediscover a little self-esteem and a lot about themselves and each other.

MSQ 2019 Coach of the Year
Cheers to Lockdown!