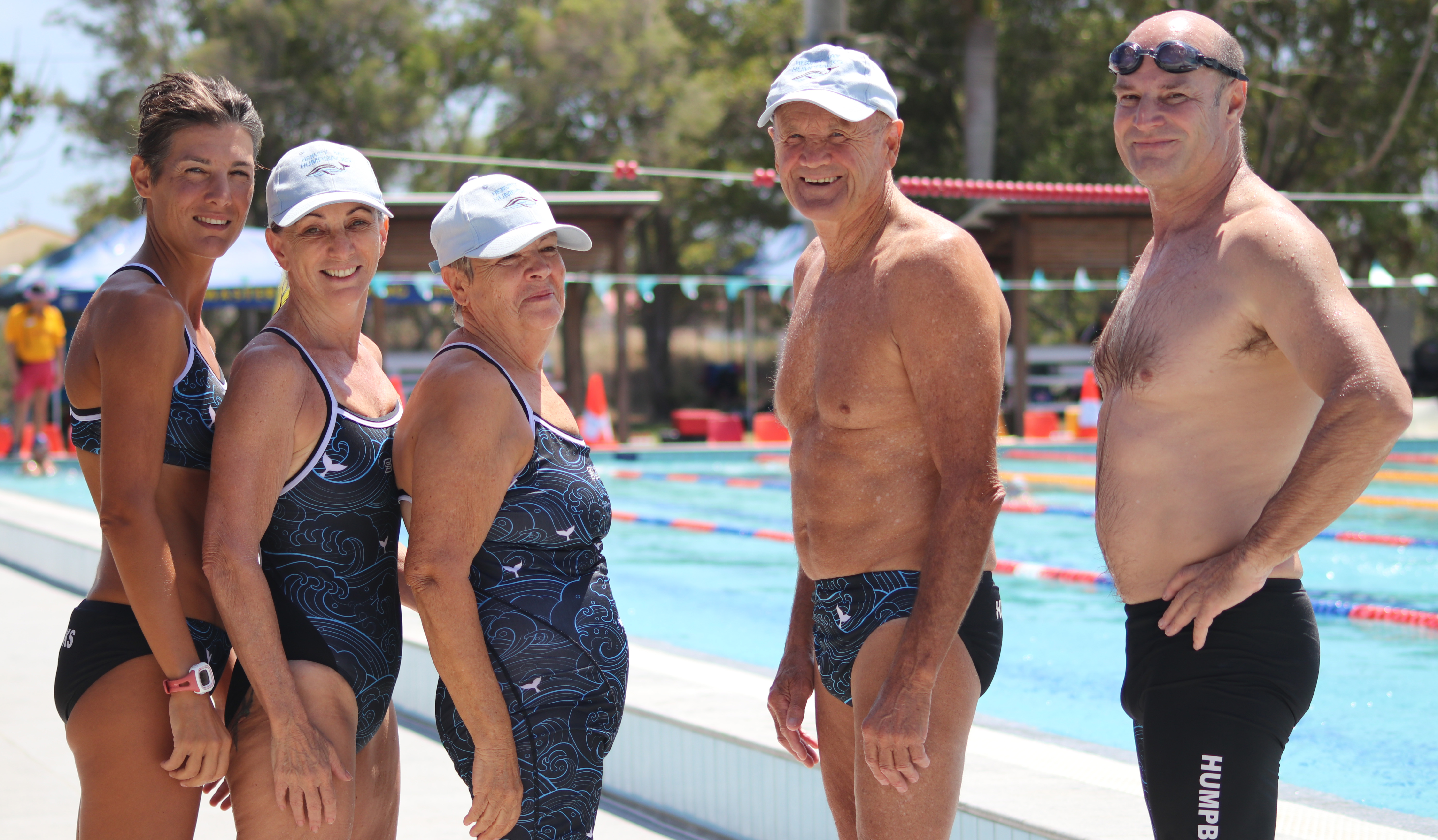 Despite the threat of wind and possibly rain from Cyclone Oma, the Humpbacks chose to proceed with our Meet. A very good choice as it was a warm, fine day although rather windy with the occasional quite strong gust meaning that some of our raffle prizes had to be blue-tacked down!!

Our initial entry number was 116 and we only had about 8 swimmers pull out of the event for a mixture of injury and a few worried about the weather!

The event began with our Mayor, George Seymour, performing the official opening and then being handed the starters “gun” to officially get the first race off the blocks. He then stayed with us for a couple of hours assisting with the time-keeping, an unexpected bonus for us.

During the day a few (yet to confirmed) records were set including one by our President, Pete McMonagle.

We are lucky in Hervey Bay to have several of our events sponsored including some which offer a “swim for cash” prize, decided by the swimmer who swims closest to nominated time. Two swimmers (Bev Stubbings and Robert Stanley) who are obviously very good at estimating their times collected more than once. These prizes and a swimmer’s draw prize are presented straight after the Meet at the pool.

When final points were totalled Aqualicious were triumphant in the large club category with newish Cotton Tree club winners of the small club’s trophy. Medals and trophies were presented at our “Life’s A Beach” cocktail party extending the fun and friendship side of Masters into the night.