Home › General News › A Day with a Difference 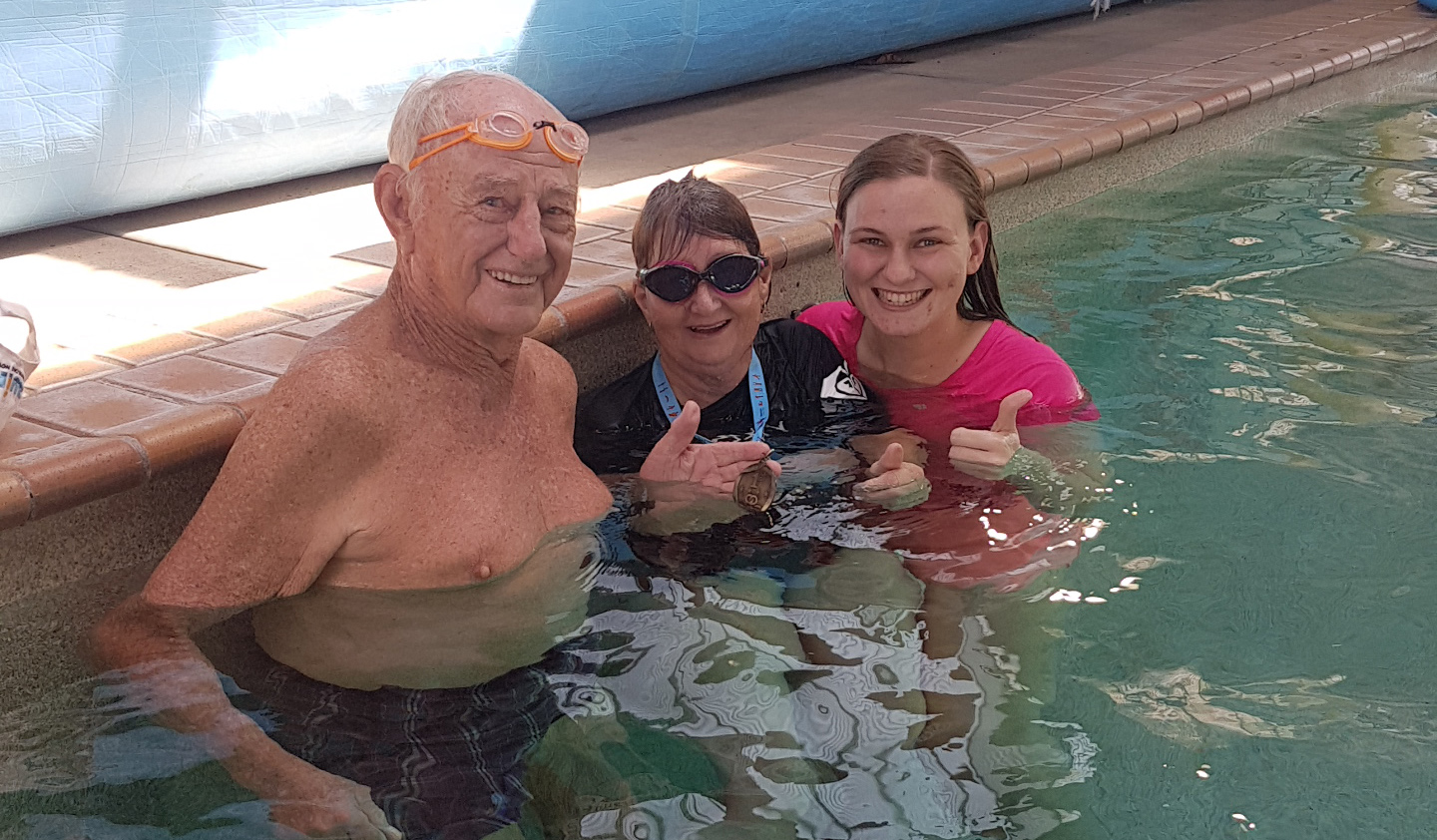 China (aged 91), Audrey and her gold medal, with her physio
Posted on Thursday 9th January, 2020

A Day with a Difference

I had a good day at the pool yesterday. It was a day with a difference. As you know I spend an hour a day three times a week with my daughter Cindy in a covered in 20 metre pool.

There is another woman who comes in each Friday, and like Cindy she had a stroke and also can only use her left arm and leg. She is aged 60, just a few years older than Cindy.

Her daughter brings her in and she receives attention from a young female physio. She teaches her from the book, many laps walking up and down the pool, a few turns on her back as she holds her and gives her gentle exercises for an hour.

Four weeks ago she came up to me and Cindy, who had just finished doing half a dozen laps with her one arm and leg routine, and told her that she was her inspiration and that possibly one day she may do the same.

She had suffered a stroke some 20 years ago and had never swum in her life.

I wanted to encourage her, and told her that she should try as it is all in the mind.

I suggested to her physio that she should back her up to the wall, place her hands above her head, put her head under water put her feet on the wall and push off and see how far she can go.

After a few attempts she got the hang of it and finally did a few strokes when she came up and found out that she was half way across the pool.

I told her that if she swims across the pool next Friday I will give her a medal. Well she did just that! I put the medal around her neck and I have never before seen a happier woman in a swimming pool.

She looked at Cindy and said “One day I may beat you”.

I then told her that if she swims the length of the pool I will give her a bigger medal and it will be gold.

For the next two weeks she trained very hard. It is only a 20 metre pool but a long way for someone with her disability.

Yesterday, she got into the water ready to go. Her physio suggested she do a warm up routine. Her daughter was poolside with a camera and after half an hour it was all systems go.

All I could say to her was if she wanted to do the swim it was all in the mind. “You are not afraid of the water, just put your head down and I will see you at the other end.”

Well she did herself proud! She was a bit puffed when she got to the end but she did it! She thought she had won Olympic Gold! Perhaps she did.

What a great day!

Thank you very much to China Johnson for being such a great Masters Swimming ambassador, and for sharing this lovely story.