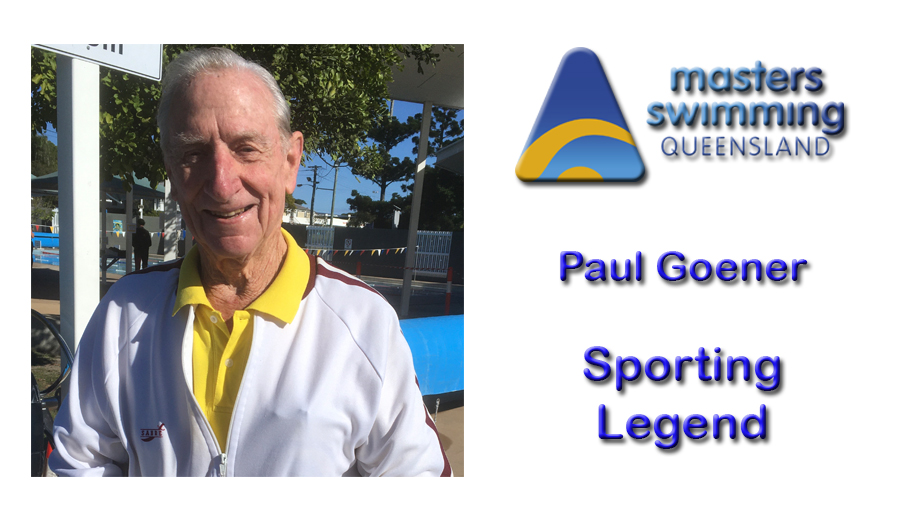 Maryborough Masters Swimming Club Inc member Paul Goener has made a major contribution to junior, senior and Masters sporting organisations.  Additionally, on a  community level he has been involved in various organisations, he is consistent, fair minded willing to share information. He has been involved in sports development, particularly in Rugby League and later in his career, Masters Swimming.

He is currently the Vice President of the Maryborough Masters Swimming Club, assisting with all aspects of club management, promotion and fund-raising. He is greatly admired by the membership and public at the pool.  Even though he has suffered some ill health in recent years, he remains a constant visitor to the pool and an active club member, sharing his knowledge and gracious personality the members and public alike.

As a 15 year old he won the first of three Queensland Swimming Championship and is still swimming. He was a competitive swimmer in the Maryborough Swimming Club in his youth and set numerous records in various strokes in the old Maryborough 33 yard pool in between 1946 and 1952.

Thanks to VP Central, Patricia O’Brien-Price for contributing this article.