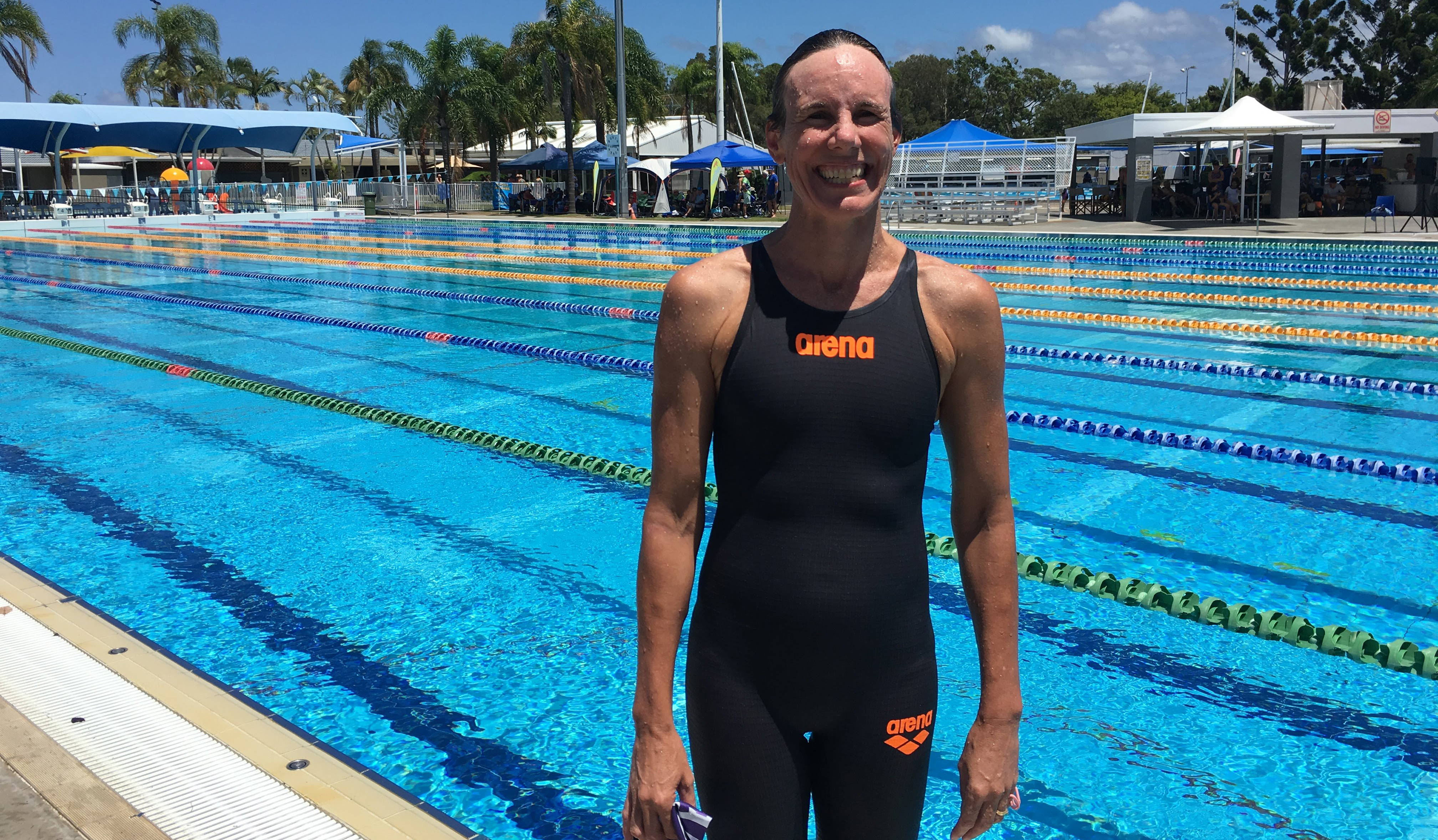 After almost 12 months of chasing down 30:00 for 50m freestyle, Jennifer Campbell has finally done it, clocking a speedy 29.92 at the recent Miami Swim Meet on the Gold Coast.

Many of you will know the Campbell name is synonymous with lightning fast freestyle swimming, but unlike her Olympian daughters, Jennifer did not have the opportunity to pursue swimming in her youth. Although she enjoyed it, she was encouraged to join her sister in synchronised swimming instead, where she went on to compete at an international level for South Africa.

Jennifer began competitive swimming later in life, and loves being in the water with friends, and cups of coffee afterwards. Her first Masters event was in 2014 at the Pan Pacific Masters Games, where she surprised herself by placing well in the 50m freestyle. Since then, she has trained consistently, with Phil at Corinda and Paul at Ambrose Treacy College (ATC), and crept closer and closer to the thirty second mark, clocking several swims at 30.05, 30.06, and 30.00. At the recent Miami Masters Swim Meet on the Gold Coast, Jennifer finally smashed the barrier, finishing with 29.92 for 50m freestyle at the age of 54. It makes you wonder what she would have been capable of in her youth. Congratulations on a great achievement Jennifer!