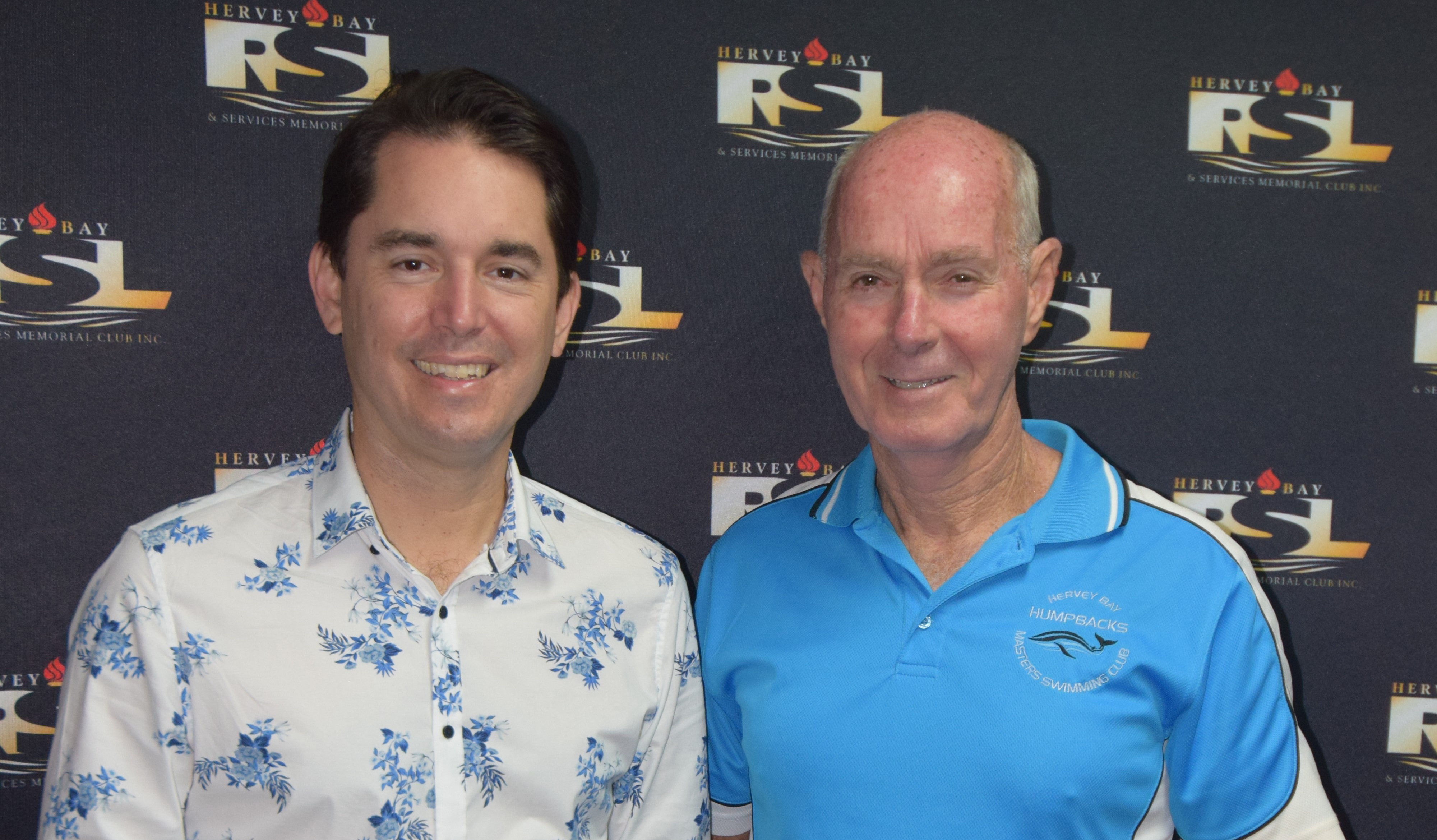 Age is no barrier

Hervey Bay Humpbacks President, Peter McMonagle, was the May recipient of the Monthly Senior Sportsperson award for the Fraser Coast. Another member, Kym Lingard also received this award a couple of months ago. Humpbacks are certainly in the news lately!

Mayor, George Seymour gets really involved in the community. When he came to officially open the QHB Meet, he asked if he could start a race so he started the first race and then stayed for at least 2 hours helping with time-keeping and posting about it on his Facebook page. Thank you George!

Age is no barrier to fast times in the pool.

Just ask Peter McMonagle, the Hervey Bay Humpbacks swimmer who has been named the Fraser Coast senior sportsperson of the month for May.

McMonagle has focused on strengthening his swimming this year, working with coach Caleb Ryan.

“Caleb has fixed some of my bad habits and we have also worked on a strength program,” McMonagle said.

The coaching sessions have resulted in McMonagle recording race times he has not seen for 12 years.

The highlight from the swim meet was reducing his personal best time by four seconds in the 100m freestyle with a time of just over one minute and 12 seconds.

He then competed in the Queensland State Titles in April in Brisbane.

Securing silver in the hard-fought relay race topped of an incredible few months.

McMonagle was presented with his monthly award by mayor George Seymour who congratulated the swimming master on his success.

“It is great to support and recognise sportspeople like Peter who do amazing things for our community,” Seymour said.

The Fraser Coast Sports Awards will be held at the Hervey Bay RSL early in 2020.